How Snoring is Linked to Sleep Disorders

While snoring is a health problem in and of itself, most people don’t know that it may also be an indicator of other sleep disorders, one being obstructive sleep apnea.

Although snoring is a leading indicator, according to The Sleep Foundation, this evaluation can help to determine if you or your partner’s snoring warrants a visit to the doctor:

While light sighs during sleep aren’t usually a cause for concern, deeper and more discernible snorts and noises can be. Louder snores typically have a greater chance of being associated with obstructive sleep apnea.

Many people are occasional snorers, especially if they’re experiencing a cold or congestion—or anything that causes a temporary blockage of the airways. With an underlying sleep disorder like obstructive sleep apnea, though, an individual will snore nearly every night even when he or she is in good health. 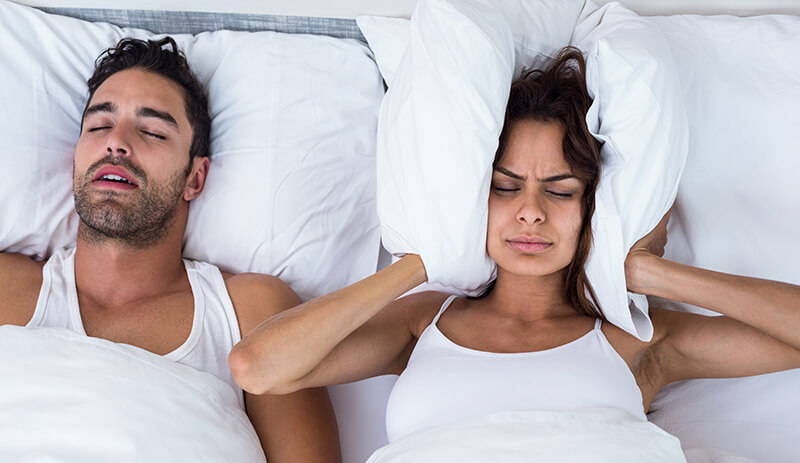 Episodes of snoring that are interrupted by gasps, choking sounds, or irregular pauses in breathing may indicate something more serious. A giveaway sign of obstructive sleep apnea is snoring that is interjected with episodes of breathlessness.

For people with obstructive sleep apnea, snoring isn’t the only occurrence that should raise alarm. Other symptoms, which are more common in middle-aged and older men, include nocturia (getting up to pee at night), depression, irritability, and sexual dysfunction.

While obstructive sleep apnea requires medical diagnosis and attention, you can address your snoring and stop it in its tracks with our ZQuiet 2-Size Comfort System anti-snoring mouthpiece.